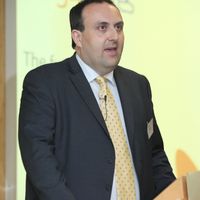 I see that the Bar Council's annual general meeting last Saturday was inquorate. It needed just 60 members to turn up. There are nearly 16,000 barristers, while the Bar Council itself is made up of 120 members and clearly most of them couldn't be bothered to stir their stumps to attend either.

At least the Bar Council manages to hold an annual conference each November that attracts a reasonable number of members (although my impression having attended for some years is that it is steadily declining).

The Law Society, by contrast, always makes a quorum for its AGM, having the good sense to hold it on the same day as a council meeting. But despite 160,000 solicitors on the roll, almost all of whom are no doubt also Law Society members (it's a little-known fact that they don't need to be), it has not been able to drum up enough interest to hold an annual conference for several years.

As for the Chartered Institute of Legal Executives, with more than 20,000 members, I can recall one annual conference in the last decade or so.

This all speaks volumes about most lawyers' apathy and lack of engagement with their professional bodies. But does it matter?

It does given how much they rake out of practising fees. It does given that these are the bodies representing the profession to government, the media and the wider world.

It is also frustrating given how much lawyers moan about their professional bodies without doing anything to make them better. Saying that, you would need to have a lot of time on your hands, and even more patience and determination, to even try. Attempts to reduce the size of the Law Society council, for example, have failed miserably over the past 15 years.

The one representative body whose annual conference is always amazingly well attended is the Association of Costs Lawyers, which usually attracts around 250 members - out of a profession that numbers just over 600 fully qualified costs lawyers, plus another 280 or so students (as of this month, because 108 have just begun the road to qualification).

There is nothing groundbreaking about the conference in terms of format or venue, but it clearly delivers the content its members want. And it appears to be a profession whose members enjoy meeting and talking with each other, and picking up most of their CPD points in one go. They stay for the dinner on the Friday evening and despite the temptation to shoot off when the conference closes on Saturday lunchtime, some stay on for the AGM afterwards.

Maybe a smaller profession, and one where many of its members work on their own, is more collegiate. But the other branches of the profession could probably learn a thing or two from their costs lawyer brethren.

Further to an inquorate Annual General Meeting held on 19 September, a rescheduled AGM has been arranged for 11:00 on 25 September in room 1.1. of the Bar Council offices.